The Last Wanderers of Solomon Kane use the Savage Worlds Deluxe as core system.

In the autumn 1620, the landless wanderer puritan hero Solomon Kane died at the All Saints Monastery in Devonshire England. While one man’s journey has ended, those lives he touched and changed have taken the charge the battle against the forces of evil. They will fight on every dark corner of the world from the darkest jungles of Africa and South America to the Himalayan mountains. Where darkness dwells their righteous light will shine upon it staving off the oppressive terror of this savage world. These are the stories of the Wanderers those who where bronze rings of the Fleur De Lis to signify their commitment to Solomon Kane’s legacy. Guided by a strange and powerful Africa Ju-Ju man named N’Longa, these heroes seek out what most men flee from in the name of Justice.

The Story so Far. . .
In the Wanderers first adventure as a party, the group was asked to investigate a farm that had strange falling star land and recently none of the residents have been seen. The Wanderers discovered in fact that the fallen star a.k.a ‘Angel Stone’ was actually a capsule for a creature not of Heaven nor Earth. The entity from space was composed nearly entirely of energy and color and completely intangible. The Wanderers learned from the notes of a necromancer that creature could be trapped with an giant apparatus that focuses large amounts of lodestone into a prison. The amount of lodestone needed could only be found in a few places on Earth and would cost a king’s ransom to purchase.

The Wanderers have also come into possession of volume of an evil book known as the Liber Varago. The book itself has been separated into several volumes and cast among the four winds. Why this was done was unknown, but what is known is the frightful knowledge of these tomes. The book contains stories of monsters so exact in detail as to be real and is a great aid in the fight for Justice. However, there almost seems as if their is a malicious presence within the tome with an agenda of its own.

Note: Anyone that wandered into this campaign and his actually reading the Adventure Log. These are short story versions of the actual game. There has been quite a bit of dramatic license taken with description, but most of the action taken by the characters are what really happened. Including the Wanderers that died. 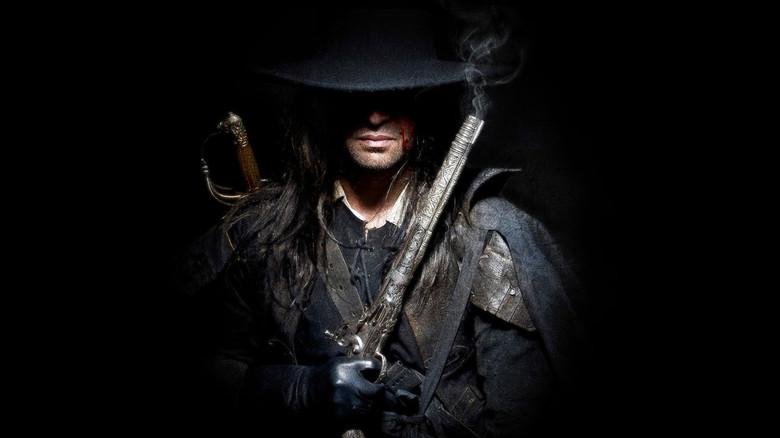 Looking forward to this next week, just added 5 off paper hindrances to Agwa which should make him very fun. I also would like to ask if I buy the tactician edge is that going to be a huge pain to manage the extra initiative cards over roll 20?

hey guys i got some stuff going on tonight. sorry i wont be able to make it.

Any would be fine, I personally think Aqwa’s Leadership abilities will be very useful (I think Leaderships Edges are the most powerful Edges in the game.) Samuel actually intrigues me as well.

I just got my internet back on today, my repeater had fried. so ill be there tuesday for sure! Since I never got to go over my concepts ill post up the very basics of them here.

Agwa the Elephant – Tribal brute and tactician led his tribe into battle and earned his title for his devout loyalty and immense size
Summary – High leadership edges, Brawny, Hindrances will be like heroic and loyal

Samuel – Hebrew scholarly type will be delusional believing he see’s god regularly and has been tasked to seek out relics (Mostly of biblical origins)
Summary – High investigation and streetwise, really low persuasion as his story of seeing god is widely rejected. Hindrances – Delusional obviously

I talked a little with danny via text last week and it would seem like the top two would fit best but ill let the rest of you get your thoughts on them first.

Danny and Trilan, you should be able to edit the PC character slots I made for you.

sorry guys i have been having net problems all day. the phone network is down and the motel needs to reboot there router. i had to go to BK to send this. if i can make it i will. and i will still need to make a char. and would of already had done it but stupid nets. anyways hope to see you all tonight

No problem. I may have to have a hangout tomorrow as well for another new player. I still haven’t work out the one new guy on Tues only, the other Weds only.

My 3 concepts are a spanish crusader with kids. last name Torez, A russian ruffian(Brawler) or english royalty with the last name Aldreid. Unfortunately I have a Job interview tonight for someting more stable then construcion on the tail end of all there jobs. it might be gas station work but i will take anything. so those are my concepts so pick one of them. and i will build a charactor to suit. Basicly picking up skills and what not that we are lacking. i will be on as sooon as its over. but i did want to inform of the possibilty of me being really late or not showing at all. thanks guys it will be a great time. and hope i get to talk at you tonight,

Sorry for the lack updates, I will try to catch up with the adventure log. If you are actually a player in this game, please send me a message on anything I didn’t get quite right about what happened.

Stories are looking good. Please keep up the good work. I will certainly be following with rapt interest.

It’s been awesome so far, thanks for all your hard work!

@Stephen Wollett
Thanks, I’ve already ran the first adventure (well second in game chronically) and will be writing up the adventures as brief short stories in the Adventure Log.

I loved Solomon Kane as a child and am glad to see someone other than me who knows the great story possibilities that exist in his world. Good luck with it

I'm sorry, but we no longer support this web browser. Please upgrade your browser or install Chrome or Firefox to enjoy the full functionality of this site.